Covering about 47,000 square metres, the Federal Territory Mosque (Masjid Wilayah Persekutuan) is one of the largest mosques in the country and designed to be a “mosque in a garden”.

Construction of the mosque began in March 1996 and was completed in August 2000. It was opened to the public on 25 October 2000. The mosque can accommodate 17,000 worshippers at any one time. 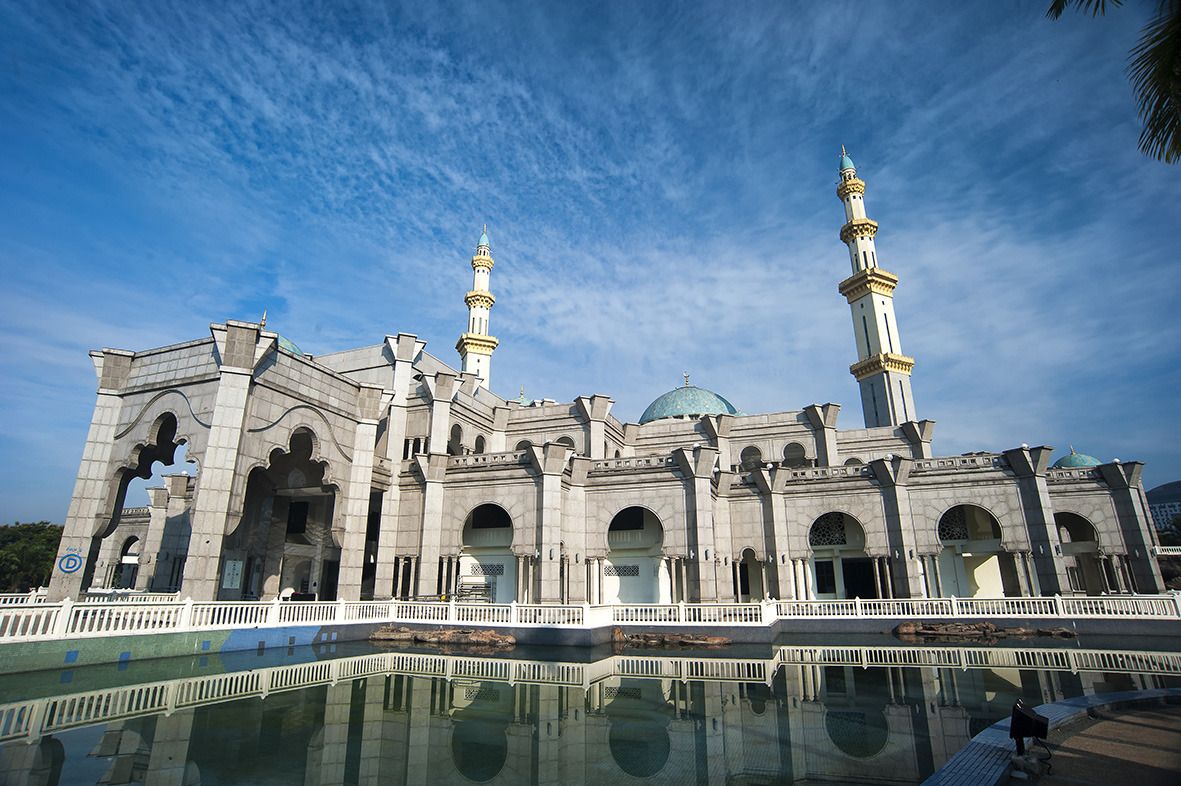 Featuring a blend of the 16th century Ottoman Empire’s architectural design with traditional Malay craftsmanships, the Federal Territory Mosque is also influenced by the Blue Mosque in Istanbul, Turkey. Merging communal elements to the mosque, it offers an interactive relationship between spiritual elements and the community around it.

The mosque’s 22 domes are glazed with decorative blue tiles, made from a composite material of glass fibre fabric mixed with epoxy resin to make it durable and light. The mosque is exquisitely decorated with detailed carvings of traditional meandering cloud motives inspired by local floral patterns. 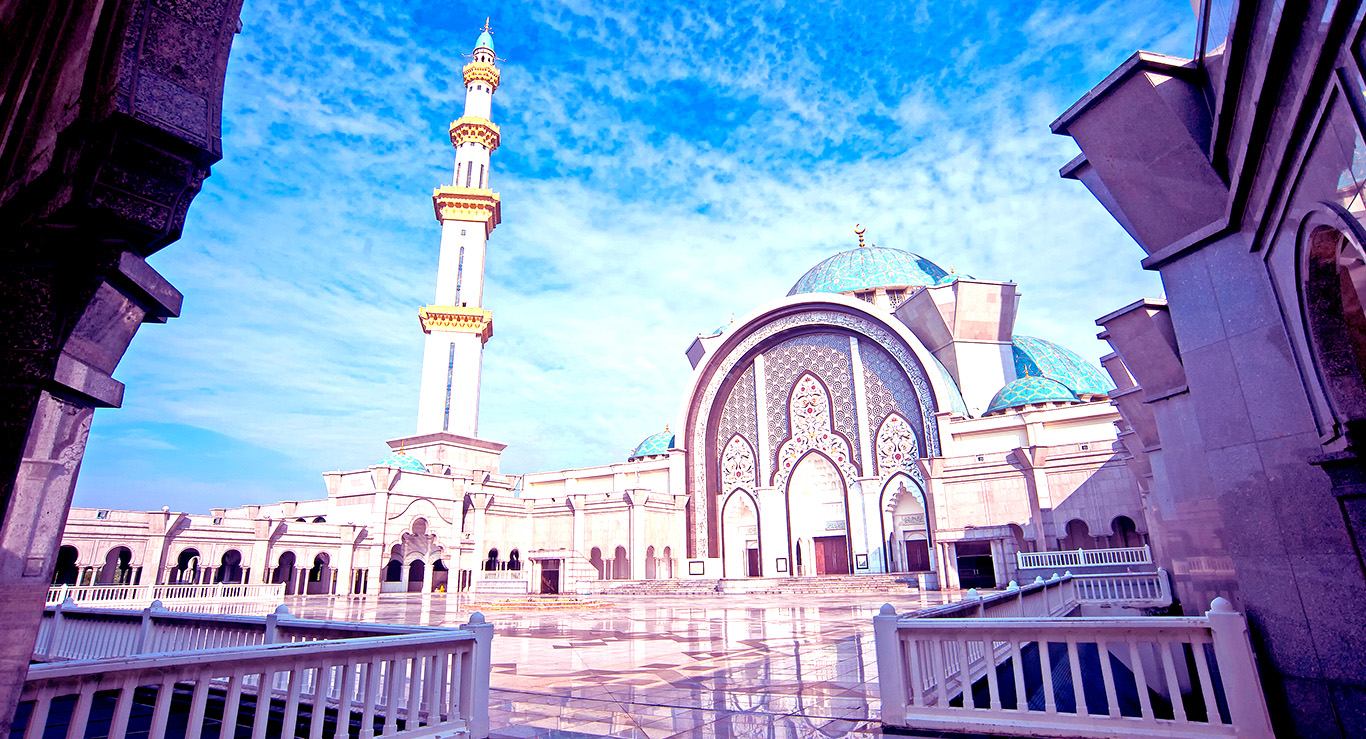 The wooden elements of the interior are made of cengal wood and carefully carved by local master craftsmen from the northeast region of the country, where traditional arts and crafts are still preserved and practised.

Makarana marble, sourced from Agra, Jaipur and Makarana in Rajestan, India, were used to decorate the main arch and the mihrab. These delicate white stones were carved by the hands of master carvers from India, which portrays authentic and detailed motives. Besides that, precious stones in the forms of lapis lazuli, black onyx, malachite, red and golden jasper, mother of pearl, and tiger eye added more sparkles to the already beautiful mosque.

Take a stroll outside the mosque and you will be surrounded by lush greeneries and seven water fountains filled with river pebbles. The pond offers serenity and a peaceful vibe to the mosque.

All visitors of all religions and beliefs are required to cover up (including wearing a headscarf) upon entering the mosque as a sign of respect.