With turquoise blue waters and abundance of fascinating marine life, Redang is certainly one of the most beautiful islands in Malaysia. Located about 45 kilometres off the coast of Kuala Terengganu, it is the largest of the group of nine islands dotting the South China Sea off the Terengganu coast.

In 1985, waters up to seven nautical miles surrounding the Redang archipelago were gazetted as Marine Park to protect the beautiful marine life and environment there; hence, Redang is abound with magnificent corals and marine life, as well as crystal clear waters and clean white sandy beaches. 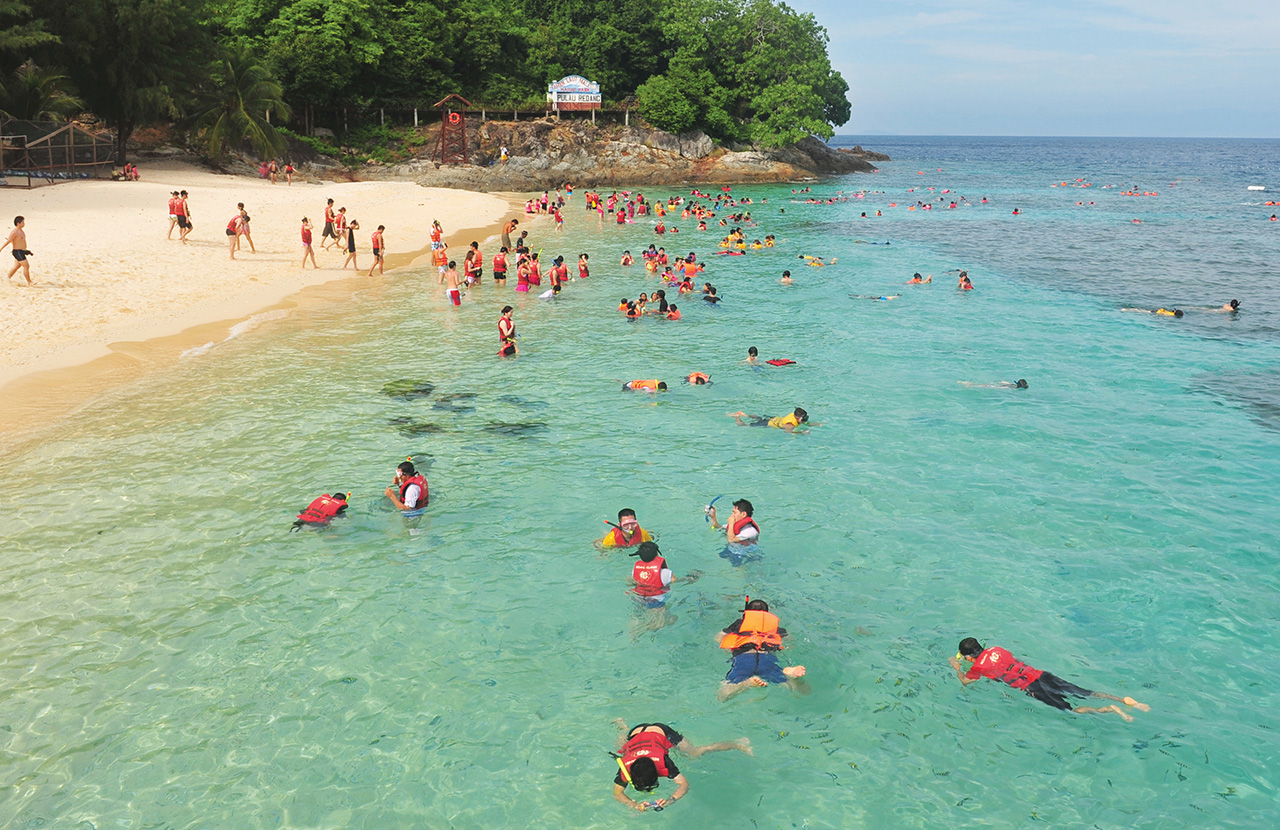 The island is a paradise for scuba diving, snorkelling and swimming. Other activities that can be enjoyed there include boating, canoeing and jungle trekking. Every dive site on the island offers something different to see and experience.

Among the famous sites include Terumbu Kili, which has rocky seascape encrusted with both soft and hard corals at about 15 metres, and slopes down to 20 metres at the sandy bottom. Big Mount offers divers a chance to observe macro lifeforms and possible encounters with the whale shark, while Mini Mount has numerous cowries, spider shells and large aggregation of colourful Christmas tree worms carpeting coral blocks. It is also a famous site for night diving.

Tanjung Tokong is another site not to be missed. Large Napolean wrasse, parrotfish, jacks and unicornfish are among the common sights here, besides chromodoris nudibranchs and green staghorn corals. Other popular dive sites include Tunnel Point, Tanjung Cina Terjun and also the Marine Park Centre. 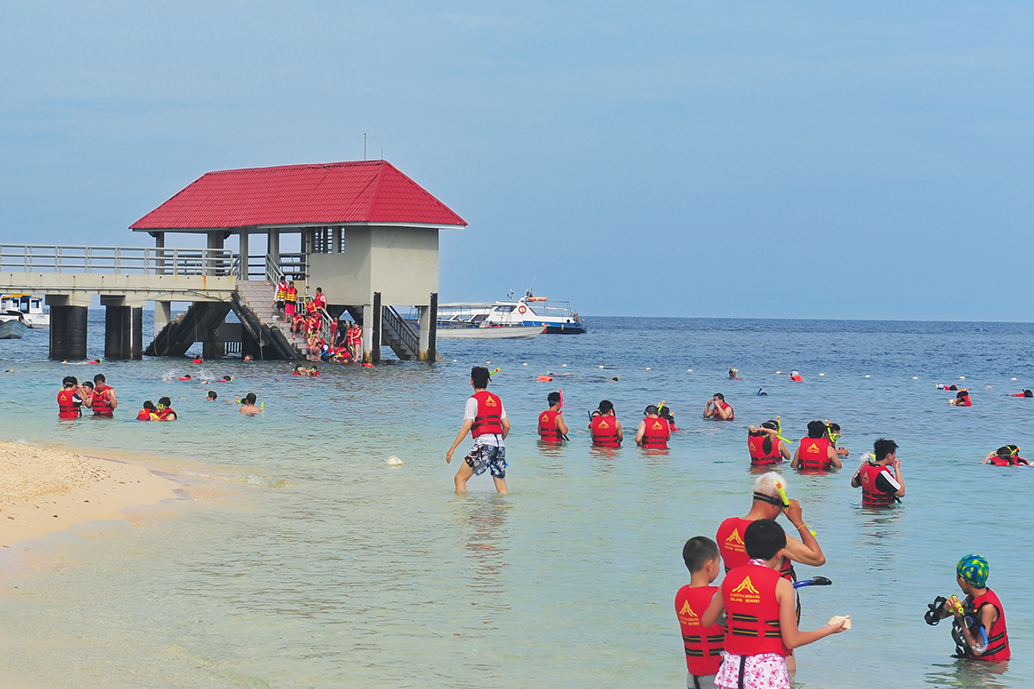 Redang also has two historic shipwrecks, namely the H.M.S. Prince of Wales and the H.M.S Repulse, which were sunk at the beginning of World War II, setting the stage for the Japanese occupation of Malaya.

During the North-East monsoon season, the resorts on the island will be closed for a few months, normally between November and February; hence, the best time to visit Redang is between March and October.