“The Royal Belum State Park is one of the world’s oldest rainforest, said to have been in existence for more than 130 million years old. Covering an area of 117,500 ha, it is located within the huge Belum-Temengor Forest Complex in the state of Perak. Royal Belum possesses countless gems and unspoken values making it one of the prime national park in the country.”

The Royal Belum State Park offers nature lovers various nature-based activities. Home to a wide variety of flora and fauna, this pristine rainforest houses 14 of the most threatened mammals in the world, including the Malayan sun bear, Malayan tiger, the white-handed gibbon and Indian elephant.

It also boasts more than 300 bird species and said to be the only place where all 10 species of hornbill in Malaysia can be found, including the rhinoceros hornbill, white-crowned hornbill, wreathed hornbill and plain-pouched hornbill.

In terms of flora, it is home to 3,000 species of flowering plants, including three species of Rafflesia, the world’s biggest flower. 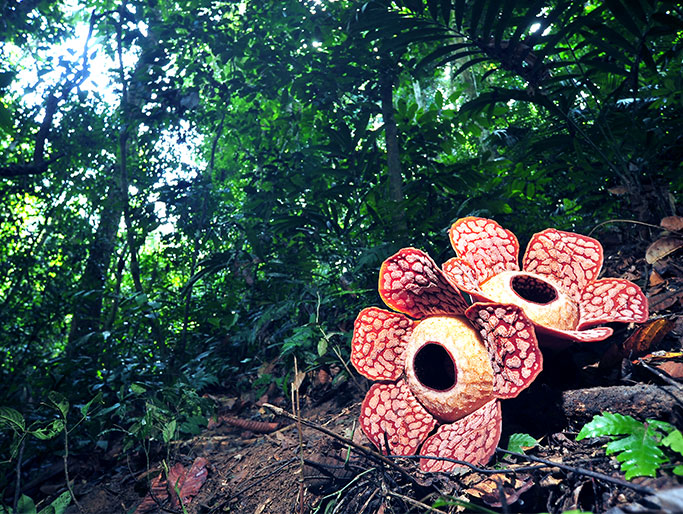 The 15,200-ha Lake Temenggor, Malaysia’s second largest man-made lake after Lake Kenyir, is also located in the Belum Temengor Forest Complex. Avid anglers would love the wide variety of freshwater fish species in the lake, such as toman, sebarau and kelah.

Lake Temenggor is dotted with lots of small islands. You can explore some of these islands and the various interesting places around the lake by boat, such as the Pulau Tujuh Waterfall, Pulau Talikail Lookout Tower, Temengor Dam, Kampung Chuweh (Orang Asli village), White Rocks and Salt Licks. 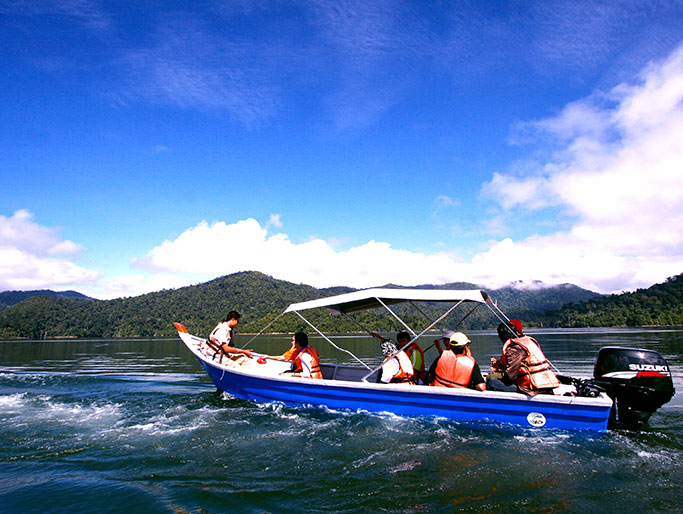 In terms of accommodation, there are a few resorts situated along the shores of Lake Temenggor, such as the Belum Rainforest Resort and Belum Eco Resort, where most visitors will spend two to three nights during their trip to the park. Book a resort and enjoy the well-tailored packages with fun activities that suit your preferences.