Home to three geoforest parks and some of the oldest rock formations in Southeast Asia – from Machincang Cambrian Geoforest Park, Kilim Karst Geoforest Park and Dayang Bunting Marble Geoforest Park – Langkawi is a dream destination for those who love to lose themselves in nature.

Whether you are looking forward to enjoying a stroll in the sunshine at Pantai Cenang (Cenang Beach), escaping to Telaga Tujuh Waterfall or appreciating the beautiful sightseeing of mangrove nature, there is plenty to get excited about!

Did you know Langkawi is an archipelago of 99 islands in the Andaman Sea and is the first recognized UNESCO Global Geopark in Southeast Asia since 2007? The island’s karst landscape was shaped by the erosion and formation of rocks since 550 million years ago.

Meanwhile, the island’s high biodiversity consists of limestone forests, sandstone forests, granite forests and mangroves. Machincang Cambrian Geoforest Park, which has the oldest rock formation in Southeast Asia, is the only geoforest made from sandstone in the world!

The formation of Machincang peak geosite, for example, is derived from the uplifting of the ocean floors, forming sandstone deposition followed by prolonged weathering and erosion processes by rainwater.

Thanks to the SkyCab by Panorama Langkawi, 360 degrees of Langkawi’s breathtaking viewpoint at the peak of the Machinchang Range is now accessible via this world’s steepest cable car.

There are myriads of places to explore in Langkawi, but here are some recommended destinations and activities for a perfect getaway on the island. 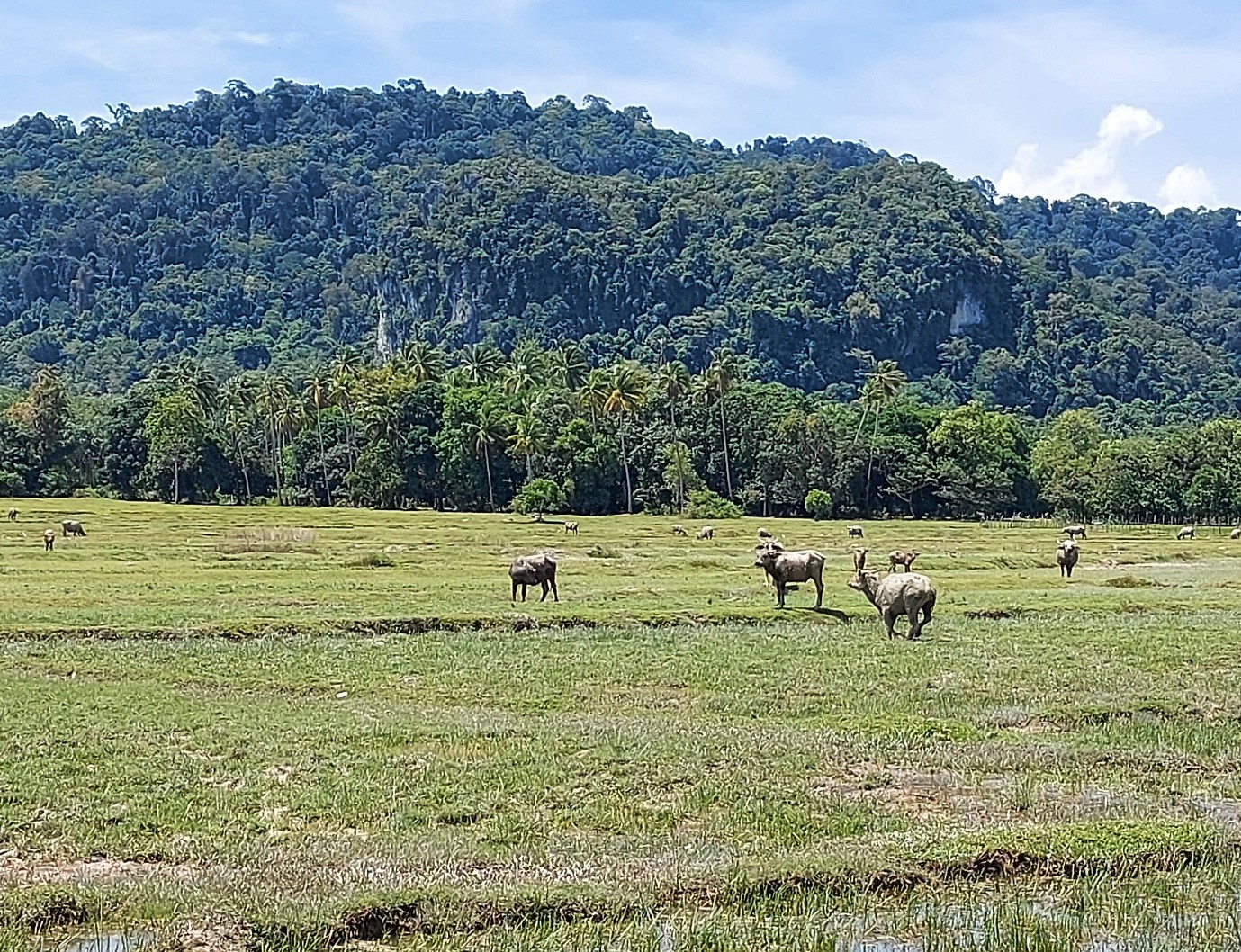 A herd of buffaloes roaming freely on the paddy field at Pulau Tuba.

Leave the skyscrapers and crowded cities behind and head out to this lesser-known inhabited island, located about 5 kilometres off the south coast of Langkawi’s main island.

The best way to explore this idyllic fishing village is by renting a bike or a van, and it is accessible by boat from Pekan Rabu Jetty. For a leisurely and laid-back experience, you can enjoy paddy field scenery with buffaloes roaming the roads or discover colourful village houses at Desa Keda Teluk Berembang.

Alternatively, you may opt for hiking at Bukit Licin, exploring Gua Wang Buluh and Gua Kelawar, trekking Bukit Kecik for its geological wonders or enjoying prawn noodles at Tanjung Pandan. 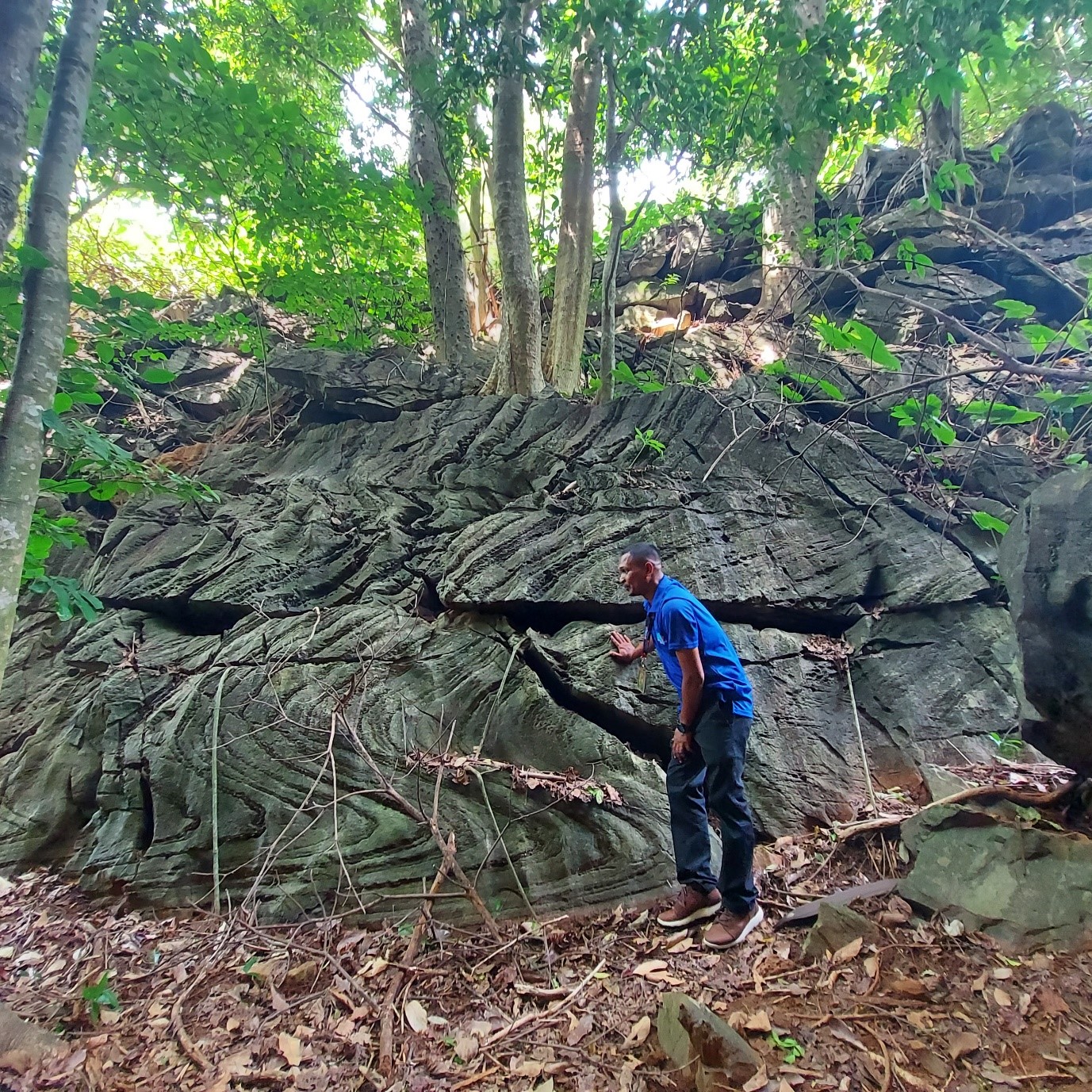 The formation of striped stones found in Bukit Kecik was due to high-pressure phenomena about thousand years ago. 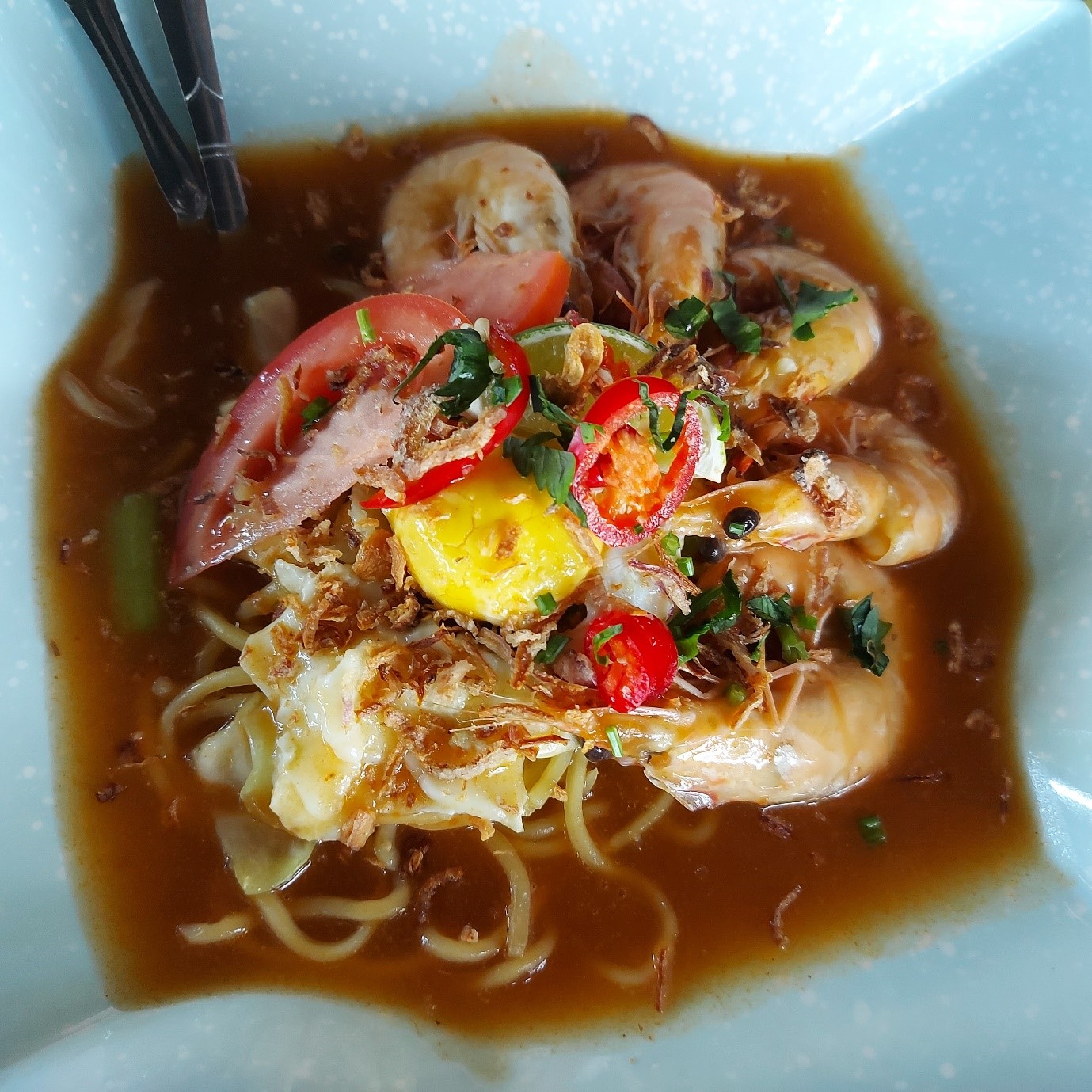 Feel the rush of adrenaline as you accelerate and increase the speed once you turn on the jet ski ignition switch. A good rule of thumb to avoid capsizing is to keep the load balanced and centred. Believe me, you will not fall off even though you are a beginner! 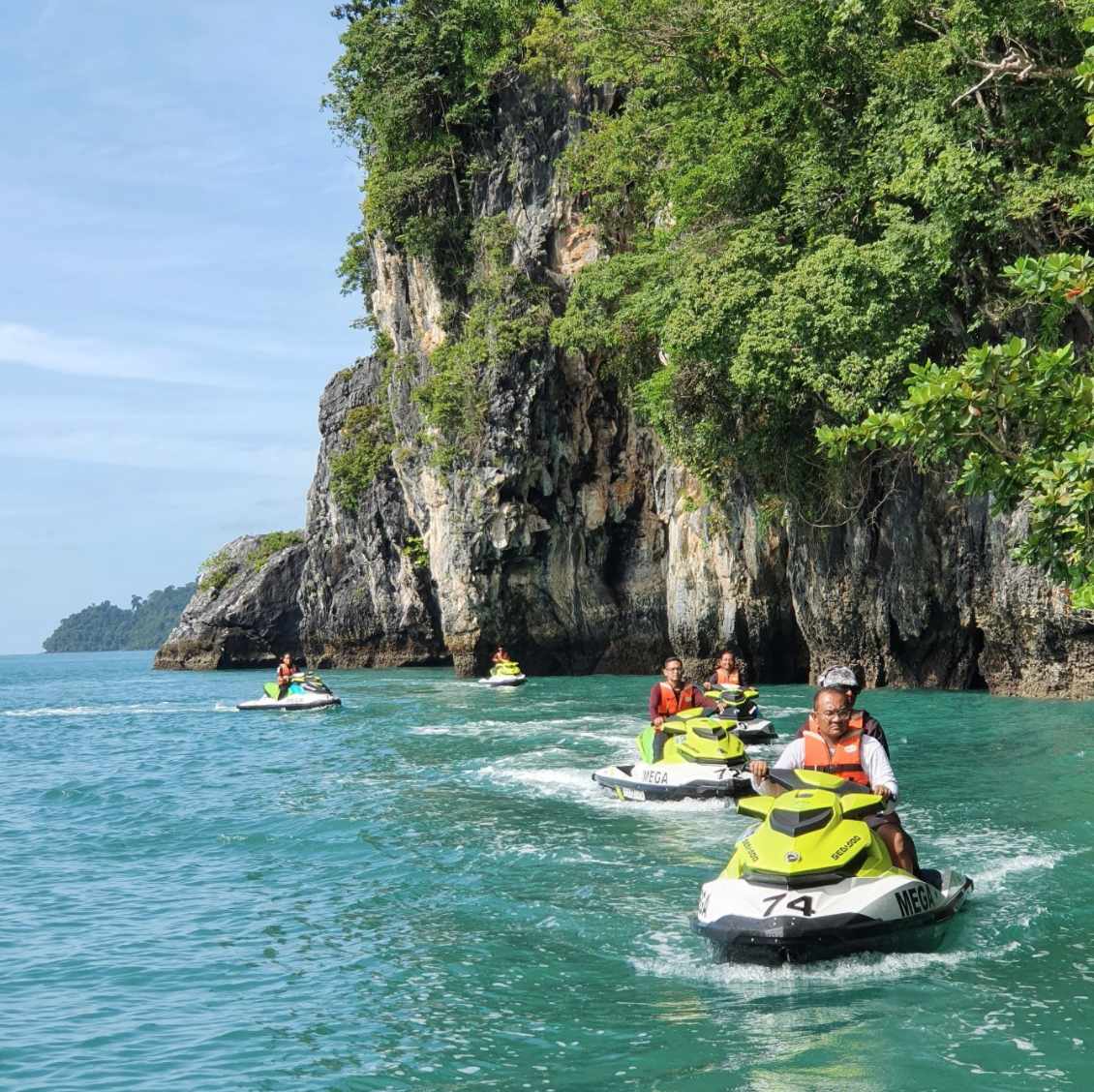 Hopping on Langkawi’s cable car will bring you an elevated experience at 708 metres above sea level. Located on the west coast of the island, this SkyCab journey by Panorama Langkawi covers a total distance of 2.2 kilometres linking the Base Station at the foot of Machinchang Range to the top station at the summit.

Besides that, visitors can go on a spine-chilling walk on the 125-metre Sky Bridge, the longest free span and curved bridge in the world. 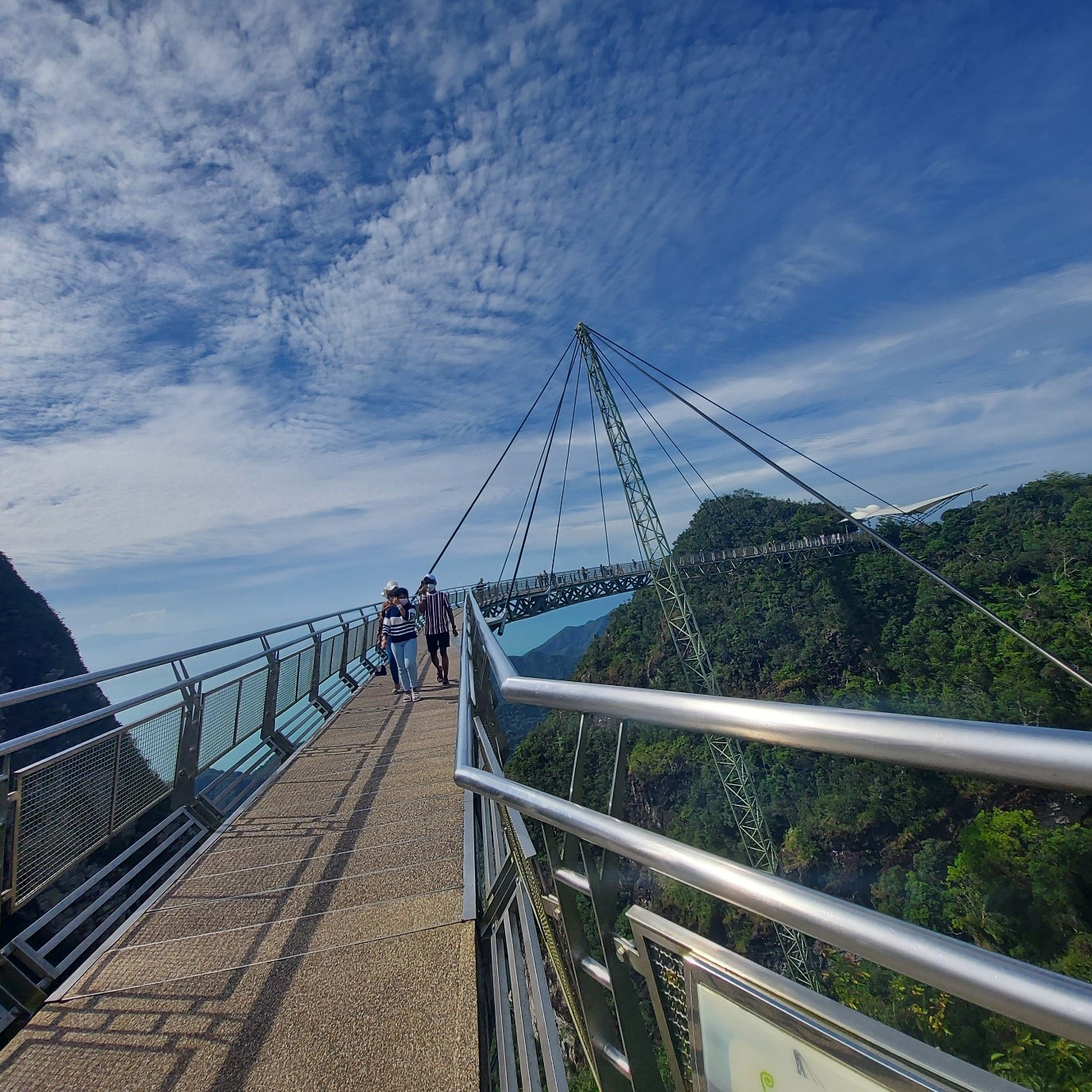 The longest free span and curved bridge in the world in Langkawi.

Spend a day in Kuah Town, a former fishing village in Langkawi, now becoming a favourite tourist destination for shopping under the duty-free island. Some of the must-buy items among the local tourists include chocolates, kitchenware, and perfumes. There are also other tourist attractions such as iconic Dataran Lang, National Art Gallery Langkawi and Maha Tower. 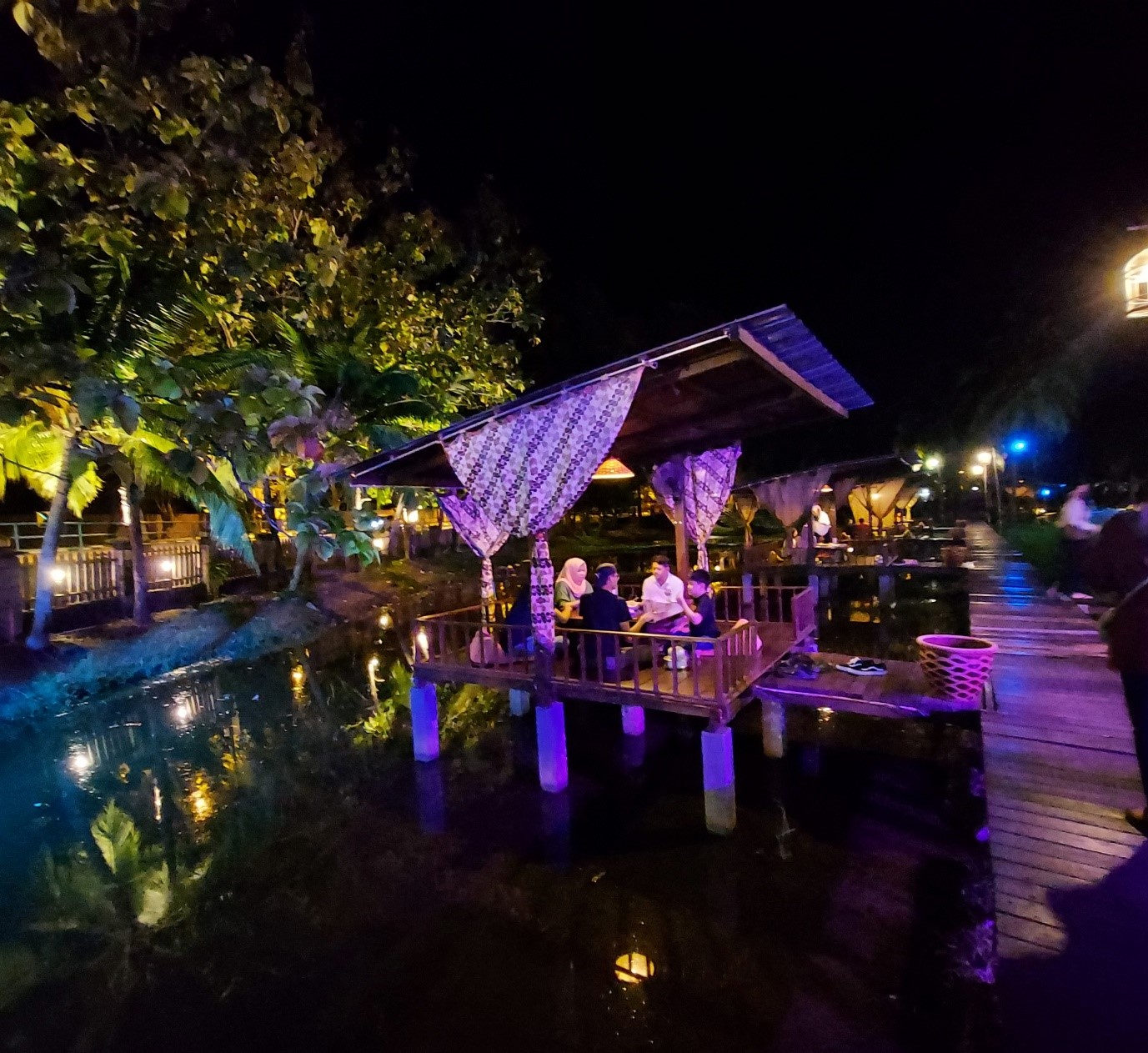 Located on the northwest coast of the island, Kubang Badak BioGeoTrail is generously endowed with high geological diversity, pristine mangrove forests and a history of an early settlement of the Thai community with the discovery of 100-year-old igloo-like charcoal kiln remnants used for fuel production dating back to the 18th century.

In short, visitors can admire three different types of rock formations with sandstone Machincang Range in the west, granite rocks of Bukit Sawar in the south, and landscape of karst hills of steep slopes as well as rough peaks of limestone in the east. 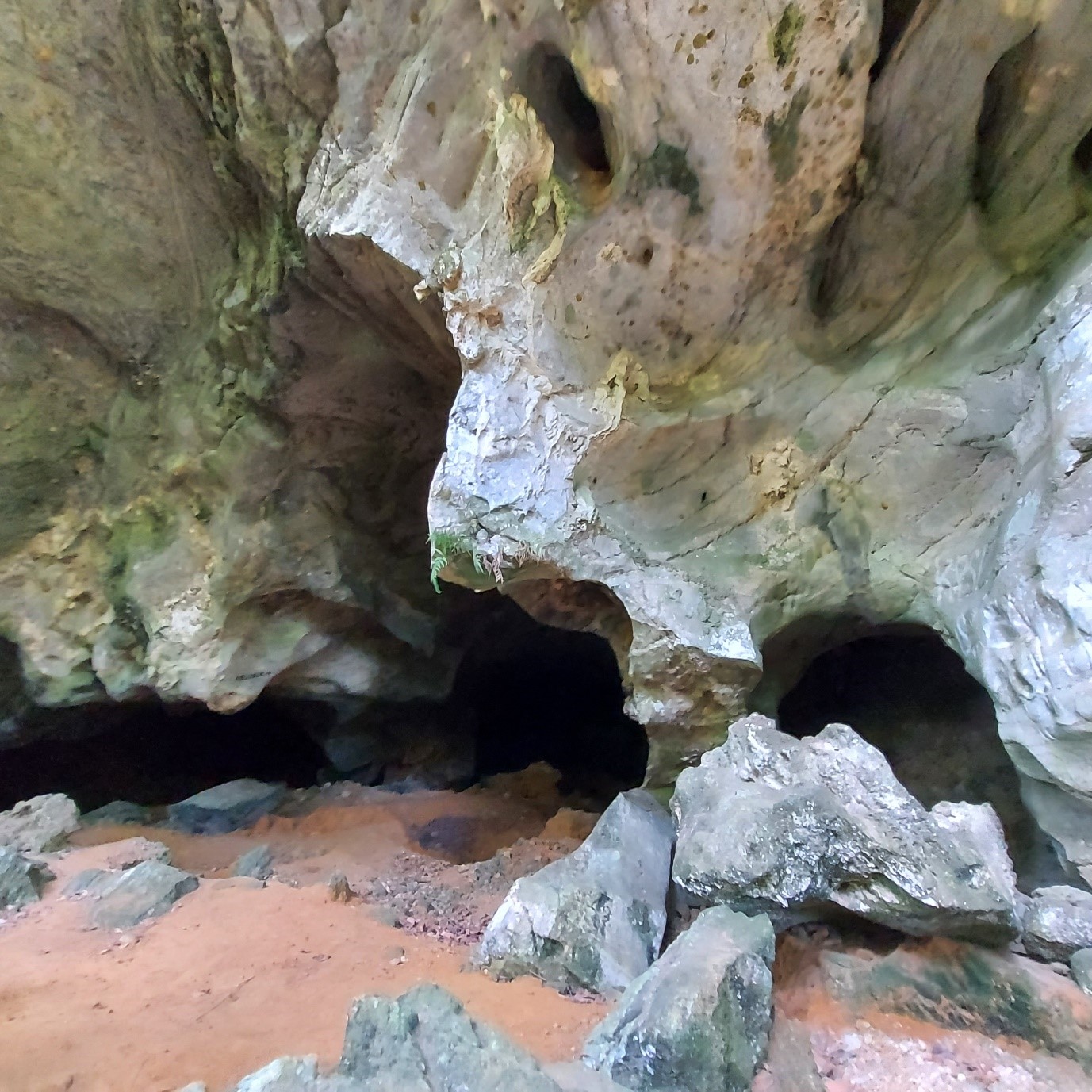 Gua Pinang is a remnant of an ancient sea cave formed by waves when the sea level was about 15 metres higher than the current level, about 6,000 years ago.

Discover postcard-perfect 20 traditional Malay style houses at Kunang-Kunang Heritage Villas owned by renowned Malaysian designer Datuk Radzuan Radziwill on a trip to this Langkawi gem. Each of the interior designs is also befitting the kampung lifestyle with a blend of modern furnishings.

Immerse yourself in the tranquillity of the resort’s saltwater pool and indulge in the speciality dishes of Malay cuisine at Pohon Beringin Restaurant. Kunang-Kunang Heritage Villas is just a stone’s throw from Langkawi International Airport, and it is definitely an awe-inspiring sight. 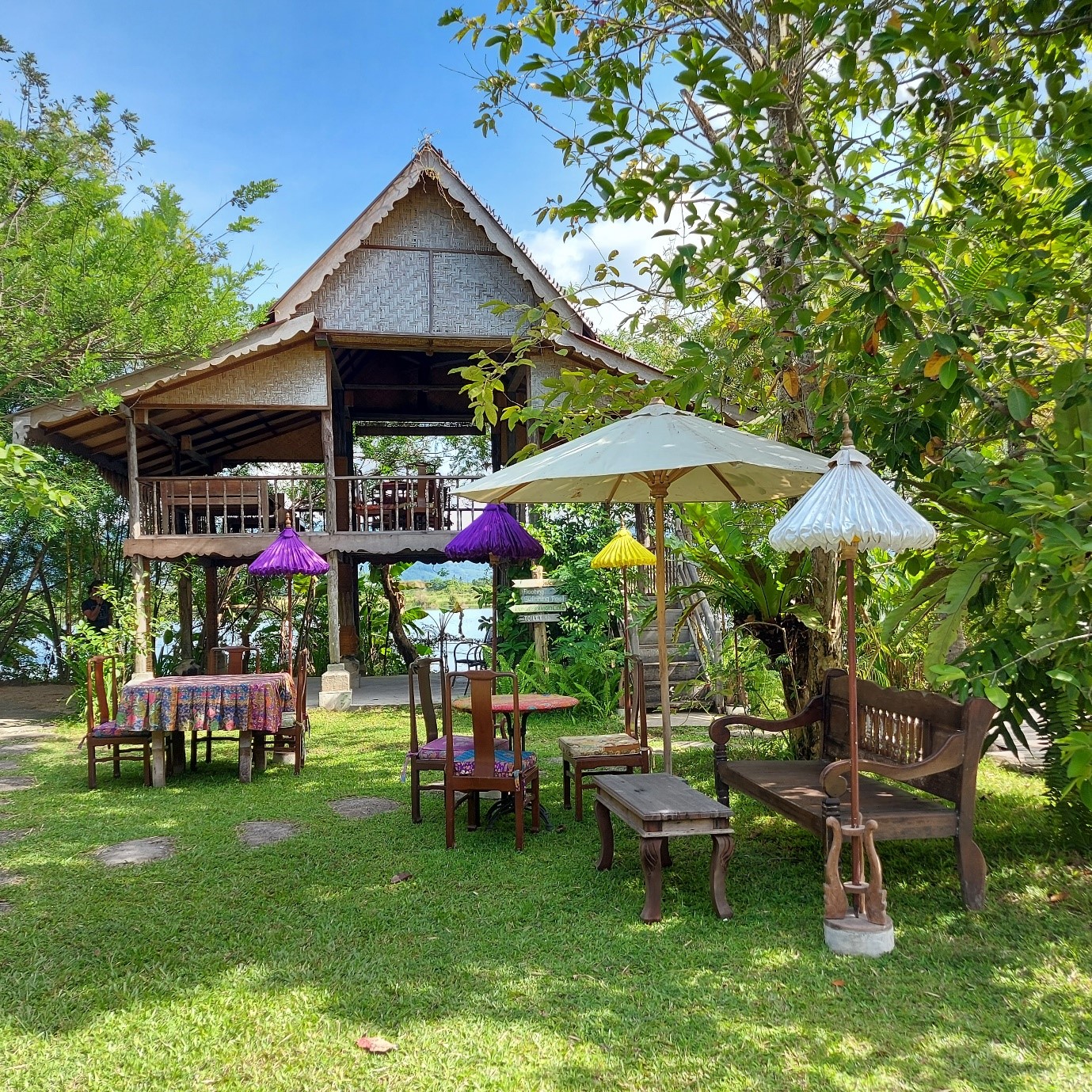 The open space next to Pohon Beringin Restaurant for visitors to unwind at Kunang-Kunang Heritage Villas.